Taking Out the Trash on Calvert Island - Hakai Institute

Taking Out the Trash on Calvert Island

A dedicated team collected 465 kilograms of garbage off beaches near the Calvert Island Ecological Observatory. 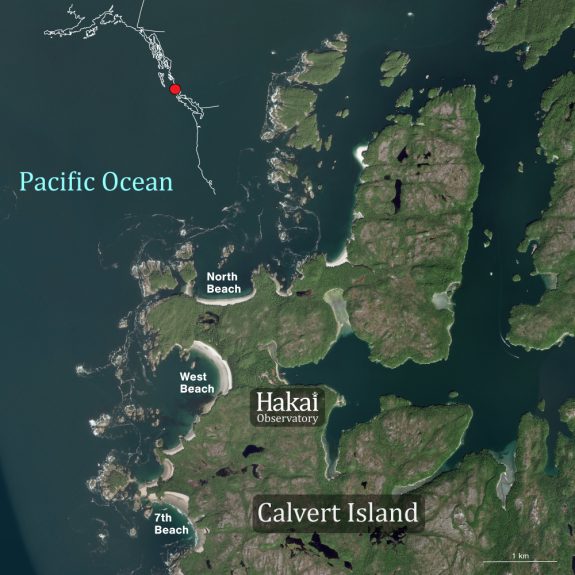 Some of the most stunning stretches of sand in Canada are on Calvert Island. Even in the height of summer, you can often find yourself alone save for a flock of sandpipers and a squawking raven or two. And yet the signs of faraway industrial life are here too—garbage is difficult to escape. Every so often, even these beaches need a little sprucing up.

Hakai gardener Jen Alton and BC Parks ranger Rob Nelson co-organized a mission to collect all the garbage they could find from an almost six-kilometer stretch of coast from Seventh Beach all the way to North Beach. What they found ranged from expected—ropes, fishing floats, and plastic bottles—to the not so obvious, such as a single wayward hockey glove and a can of “walking ice” from Japan.

“It was grossly garbage-y,” says Alton. She doesn’t mince words.

The vast majority of visitors to Calvert Island and Hakai’s ecological observatory properly dispose of their garbage. Almost all of the refuse on the beaches washes in from elsewhere. Items from as far away as Asia get caught up in ocean currents and are transported thousands of kilometers to the BC coast.

Over a dozen Hakai staff, visiting scientists, and BC Parks rangers took part in the garbage collection, which was part of the Great Canadian Shoreline Cleanup—a conservation initiative by Ocean Wise and WWF-Canada. At each site, the team collected all the refuse they could find, filled a small zodiac, and transferred the undesirables onto a larger vessel waiting offshore.

“It was great to partner with BC Parks on the cleanup. They’re now helping take the garbage by boat to Bella Coola, loading it onto trucks, and sending most of it to a recycling plant,” says Alton, who added that this plant is the first in Canada to accept marine debris collected from cleanups.

Regardless of where it came from, we’re happy to return these beaches to a relatively garbage-less state—at least until the other hockey glove washes up. 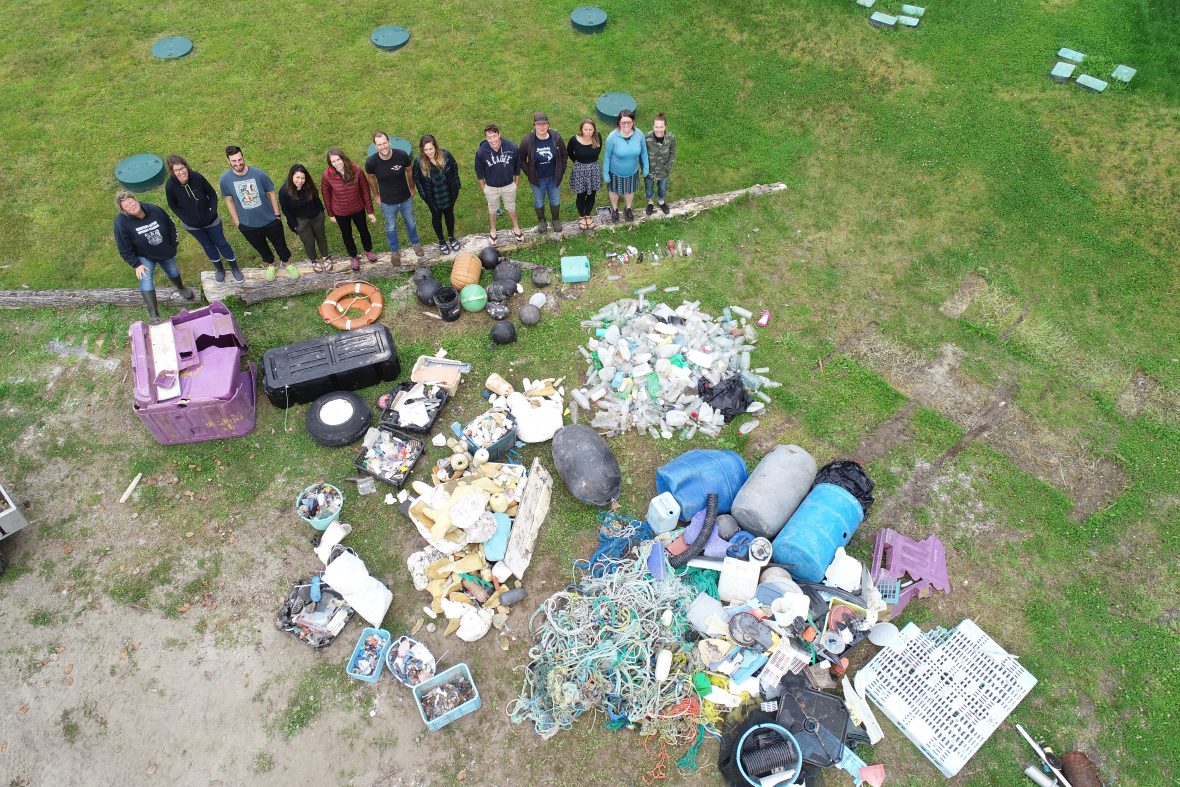 Hakai Institute and BC Parks staff collected all of this garbage from six kilometers of coast on Calvert Island. Photo by Keith Holmes