Where Did Kelp Come From? - Hakai Institute

Where Did Kelp Come From?

New research suggests kelp forests evolved in the North Pacific when waters cooled—and that doesn’t bode well for their future. 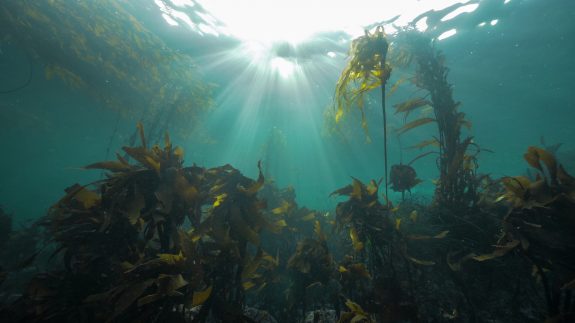 Kelps thrive in the cool waters of the North Pacific. Photo by Grant Callegari

You wouldn’t recognize the world of 30 million years ago. Camels and rhinos grazed the plains of North America, while colossal whales and sharks swam the seas. Then came the kelps.

“Prior to 30 million years ago, it was much warmer. Right around that time there was a big drop in temperature tied to changes in ocean currents,” says Sam Starko, lead author of a new paper in the journal Molecular Phylogenetics and Evolution.

With colder conditions in the northeast Pacific, many ocean organisms that prefer warmer waters consequently went extinct. Other species jumped on the chance to move in. Cooler water “provided a really good ecological opportunity for kelps to fill the void,” says Starko.

Kelps are one group within the brown algae, a broad phylum that also includes rockweeds and single-cell diatoms. While some brown algae have been around for more than 100 million years, it wasn’t until 30 million years ago that kelps began to flourish and diversify in the North Pacific. 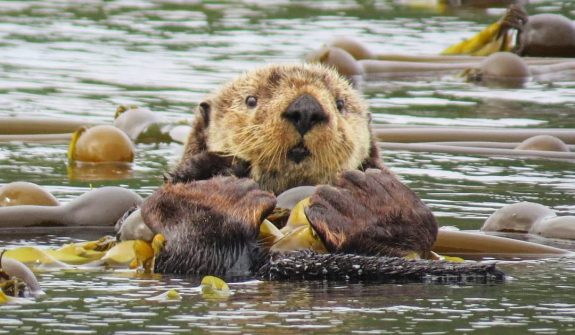 What came first, the sea otter or the kelp? New research suggests that sea otters evolved after kelp forests were already flourishing in the North Pacific, not the other way around. Picture by Keith Holmes

For years, scientists debated whether kelps rapidly evolved before or after the ancestors of sea otters came on the scene. These marine mammals gobbled up grazing herbivores that would otherwise restrict kelp growth, so some posited the sea otters spurred the expansion of kelps. But by looking at the kelp evolutionary tree, Starko and colleagues put that mammal-centric theory to rest. Kelps came first.

Evolutionary history studies like this one help scientists piece together why certain species live where they do—and how that might change in the future.

“It’s no surprise that kelps like cold water,” says coauthor Patrick Martone, a professor at the University of British Columbia and Starko’s PhD supervisor. “As the world is warming, we’re starting to see signs of kelps not doing well in some locations.”

By determining where kelps came from, scientists can also predict where they might go next.

“Since kelps have cold water origins, we may be moving away from good kelp conditions,” says Martone. “That being said, the Arctic may become better kelp habitat.”