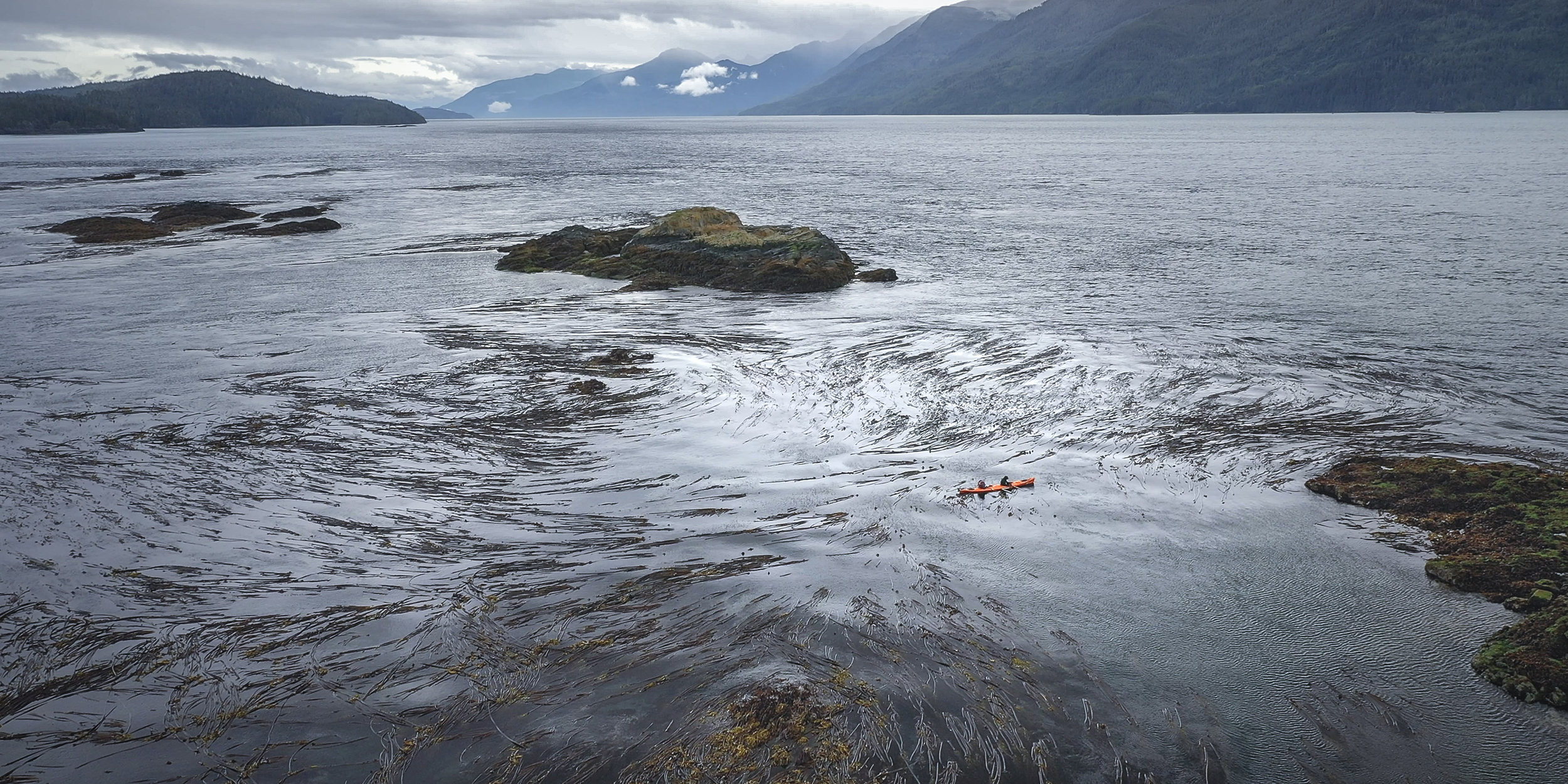 Kelp forests change over time. Ocean conditions, predation pressures, large storms—these can all affect how much kelp we see from year to year. Tracking this change is key to understanding how kelp is doing across the massive BC coastline. Scientists use different methods to track kelp at different scales, and satellites are a key tool for looking at larger-scale, coast-wide trends.

Landsat satellites have been taking pictures of the BC coast every 16 days since 1984. That’s a lot of potential photos of kelp forests, though the grand total is somewhat pared down by the arch nemesis of coastal mapping—cloudy days. But even when you only use photos from clear days, 35-plus years of data is too much to handle without narrowing it down further.

That’s where the Google Earth Engine Kelp (GEEK) Tool comes in. It helps filter this huge amount of data down to the most useful photos. To see it in action, check out the GEEK Tool ArcGIS StoryMap created by Hakai geospatial scientists Luba Reshitnyk and Will McInnes.

The goal is to combine the GEEK Tool with other methods to create an annual report for large kelp beds, which can act as canary-in-the-coal-mine case studies for kelp on the coast, including the smaller nearshore fringing patches. Is there a lush kelp forest there every year? Did there used to be kelp every year, and now there’s none? Are some parts of the coast doing better than others?

This newly launched tool is still in beta testing: the scientists who developed it are currently looking for feedback to make it even better, and you can help! Local historical knowledge helps refine the GEEK Tool’s algorithm.

So where are the biggest kelp forests—either giant or bull kelp—you’ve seen in British Columbia? When did you see them? Send your comments to data@hakai.org.