A Fish Egg Out of Water - Hakai Institute 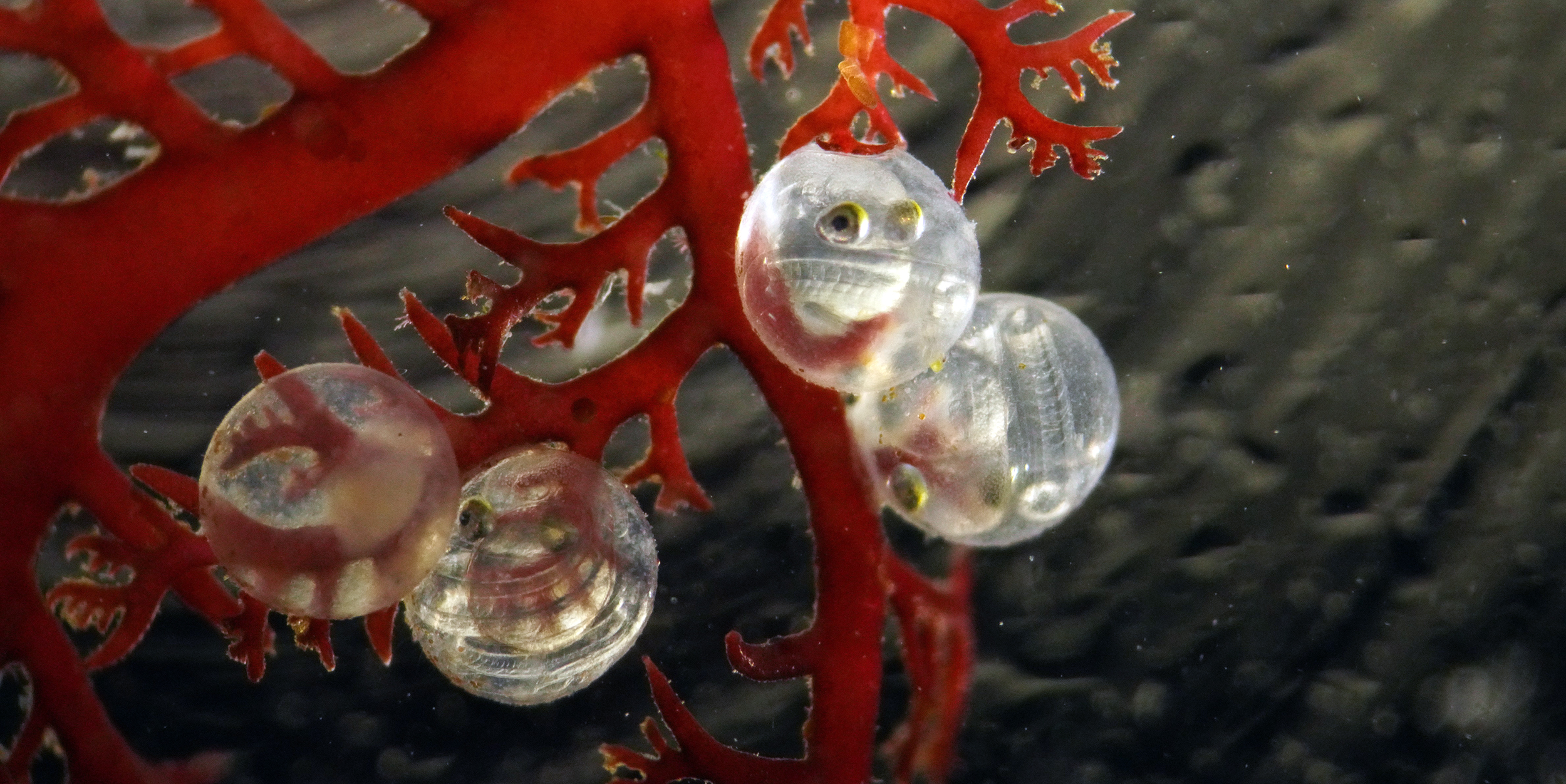 A Fish Egg Out of Water

In a more acidic ocean, could herring eggs fare better high and dry?

It’s the first days of March, and Andrea Frommel is on pins and needles as she waits for fish to fill her empty aquaria. Pacific herring have yet to make their annual appearance on the eastern shorelines of Vancouver Island, British Columbia. In the meantime, she’s finished setting up her experiment: tanks cleaned, seawater conditions all set, DIY baby fish incubators assembled. Everything is ready to go, but the piscine stars of the show operate on their own schedule.

“This year [the herring spawn] was late compared to usual,” says Frommel, a postdoctoral fish biologist at the University of British Columbia and a Hakai-MITACS researcher.

She’s launching a new project to look at how exposure to air affects a herring embryo as it develops. The experiment, set up in the Marna Lab at the Hakai Institute’s Quadra Island Ecological Observatory, mimics different conditions herring eggs encounter in the intertidal environment after they’re laid. But Frommel can’t buy fresh herring eggs at a store.

Like other savvy herring enthusiasts eager to witness one of British Columbia’s great natural spectacles, Frommel keeps a close eye on various media channels for hints that the ephemeral show has started. The herring spawn sparks a multi-week feeding frenzy that attracts scores of predators, scavengers, and onlookers alike.

Finally, social media delivers. A post on the Denman Conservancy Association’s Facebook page sends Frommel and her research assistant Sadie Lye south to Williams Beach, a half-hour drive south of Campbell River. The timing is perfect. An early spring storm has just washed ashore swaths of seaweed, all freshly covered with layer upon layer of cream-colored herring eggs. Each herring egg is about as big as the head of a pin and, once laid, adheres strongly to vegetation or rock. Frommel and Lye gather a few hundred eggs that are stuck to at least six different species of seaweeds.

Eggs incubating higher in the intertidal spend more time out of water than their counterparts in the low intertidal or submerged in subtidal spots. While these soon-to-be-fish out of water may seem in peril, Frommel says they can survive these conditions for extended periods of time, even up to 24 hours.

Not only can herring eggs survive out of water, but they may actually thrive—and this is the counterintuitive crux of Frommel’s experiment.

“In air, oxygen can readily diffuse into the egg and carbon dioxide [goes] out,” says Frommel.

There are other benefits of air exposure to the eggs, too. Warm air temperatures can speed up development, leading to faster hatching and higher survival. However, too much exposure to the sun and wind can dry the eggs out. In British Columbia, this is less of a concern as herring spawn during the cool, wet early spring when there are regular high tides. But it’s a delicate balance.

Back in the Marna Lab on Quadra Island, Frommel and Lye raise the eggs and hatch herring larvae in homemade incubators they’ve fashioned out of pool noodles. They keep the eggs on one of three different air exposure cycles until they hatch—mimicking if the eggs ended up in the low, middle, or high intertidal zone. Both the eggs and fish larvae live in water with either ambient, medium, or high carbon dioxide conditions, with the highest level simulating the average global oceanic conditions predicted for 150 years in the future. Notably, levels close to this have already been recorded in the area surrounding Johnstone Strait and the Discovery Islands.

And changing ocean conditions matter to a tiny future herring. Developing embryos and larval fish rely on a yolk sack for energy, and some of this energy is used to regulate levels of carbon dioxide and oxygen.

“In theory, [yolk sack] depletion happens quickly when they’re expending more energy,” says Frommel, noting that larvae raised in high carbon dioxide levels should be smaller and deplete their yolk sack faster, as less energy can be directed toward growth. She predicts that air exposure should counteract some of these effects.

Throughout the experiment, Frommel and Lye track the baby herring’s rate of development, survival, and size at hatching, collecting each egg and herring from their tank and examining them under the microscope in a single drop of water. The researchers are amazed by what they see once the herring start to hatch.

“Under the microscope you see these incredible structures, colors, and behaviors,” says Frommel. “I was really surprised by seeing their behaviors right after they hatch. They have almost these attitudes. People don’t really think of fish larvae as having personalities but they already have complex behaviors.”

First photo: A tiny newly hatched herring larva is examined under a microscope. The yolk sac, attached to the body just behind the head, provides it with energy to grow and keep even levels of carbon dioxide and oxygen. Second photo: Each larva is closely examined for any abnormalities, which could be caused by being exposed to high levels of air or high levels of carbon dioxide in water. Photos by Andrea Frommel

The three-week-long experiment is a pilot study, and limited in scope due to COVID-19 restrictions. Frommel hopes to expand it next year to spend more time raising the baby herring past the larval stage, taking additional measurements, and sourcing herring from more than one location. If all goes well, she plans to be scouring media sources for the annual herring show once again next spring.